Dexter is an extremely high drive athletic dog. Dexter has received his protection dog 1 title in 2014 winning first place against German shepherds and Malinois with a score of 189/200. Dexter also earned his police dog 1 title, twice, once in the 2016 WDA regionals. Dex Took first place in the regionals, again beating German Shepherds and Malinois.  Dex also competes in dock jumping and although this is still a new sport for him he has excelled. Dexter's furthest jump to date is 19.6 ft, Dex took first in in the super vertical competition where they measure how high they jump VS how far. Dex jumped 6.4ft again beating Malinois, Labs, and  golden retrievers. see videos below! Dex has started a new sport, lure coursing and the AKC fast CAT, and he is fast! he's the second fastest Rottweiler in the US! Dex is a very strong dog and always on high alert which makes him a great dog for protection, he is a real Rottweiler and can be aloof with strangers, but once he knows you be prepared to have a 100lb dog sitting on your lap. Dexter's biggest love is Lyndsey, our 14 year old daughter, a matter of fact, he listens to her better than me ha ha. 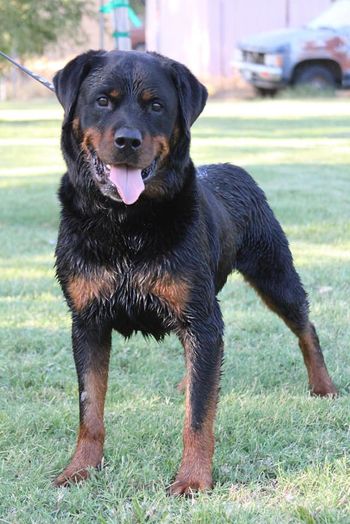 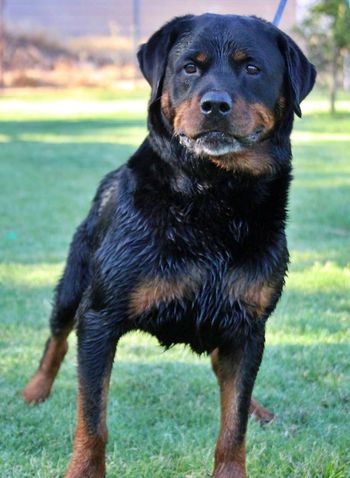 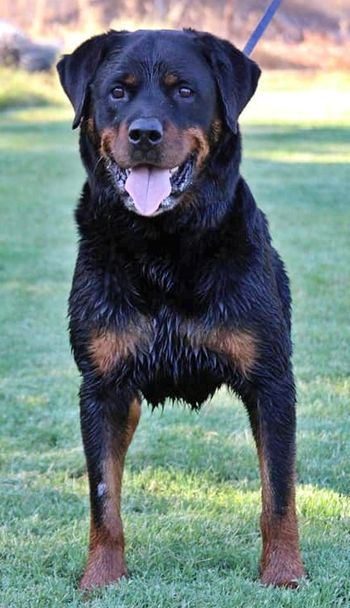 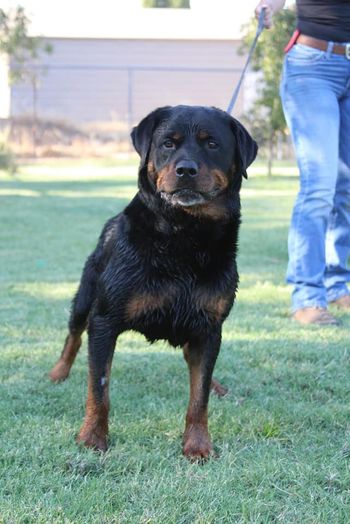 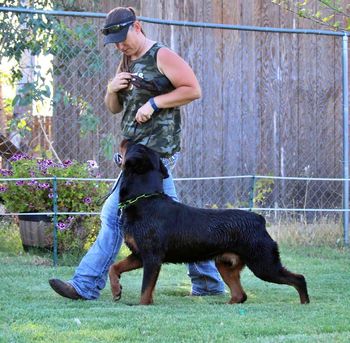 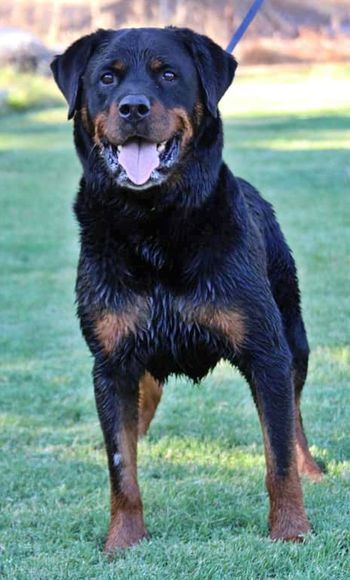 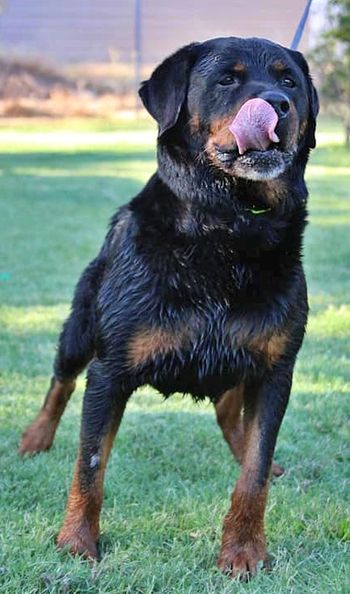 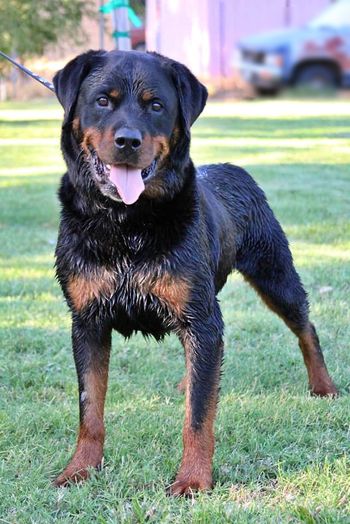